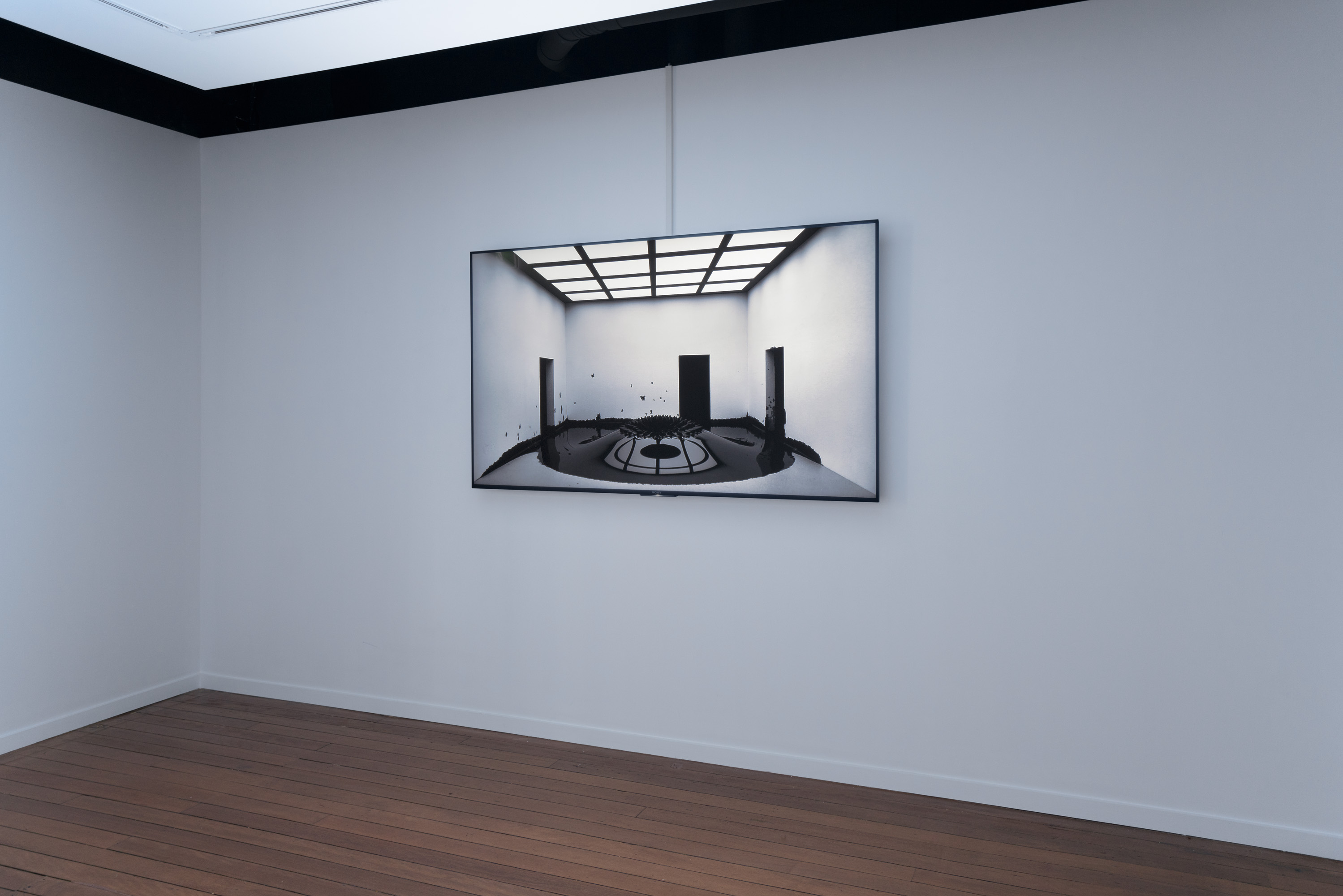 Bernd Oppl’s work frequently presents miniature versions of generic spaces: an airport terminal, an internet café, a cinema, a gallery, a hotel room, a corridor, a screening room.  Often in monochrome, the smooth surfaces of these tiny models further strips away the messy details of these, already non-descript, places. As such, the works focus on the forms, surfaces and architectural design of spaces that aim to retreat into invisibility, as they transport their inhabitants somewhere else: into the cinema screen, the computer screen, the artwork, or onto their next destination. Emptied of content, and human bodies, the spaces have an uncanny eeriness.

In Substanzaufnahme, the pristine, geometric forms of a white-walled gallery space are interrupted by an oozing black liquid, its synthetic plasticity and hyperreal, reflective surface reminiscent of digital animation. Imperfections in the ‘room’ quickly reveal that that this is a scale-model, while the liquid substance, seemingly animated, is in fact a ferrofluid being manipulated by magnetic fields. The work lingers on these forms, and the revelation of the ‘trick’ of their production only adds to the fascination they hold. As the mirrored surface of the ferrofluid reflects and mutates the architectural spaces around it, its form is ultimately determined by the rectangular container of the room. These two forms, the cube and the ooze, are seemingly at odds but eventually find equilibrium as they impose their forms on each other. Here, space straddles dichotomies: familiar and strange, ordinary and unique, control and chance, order and disorder. [Text by Kyle Weise] 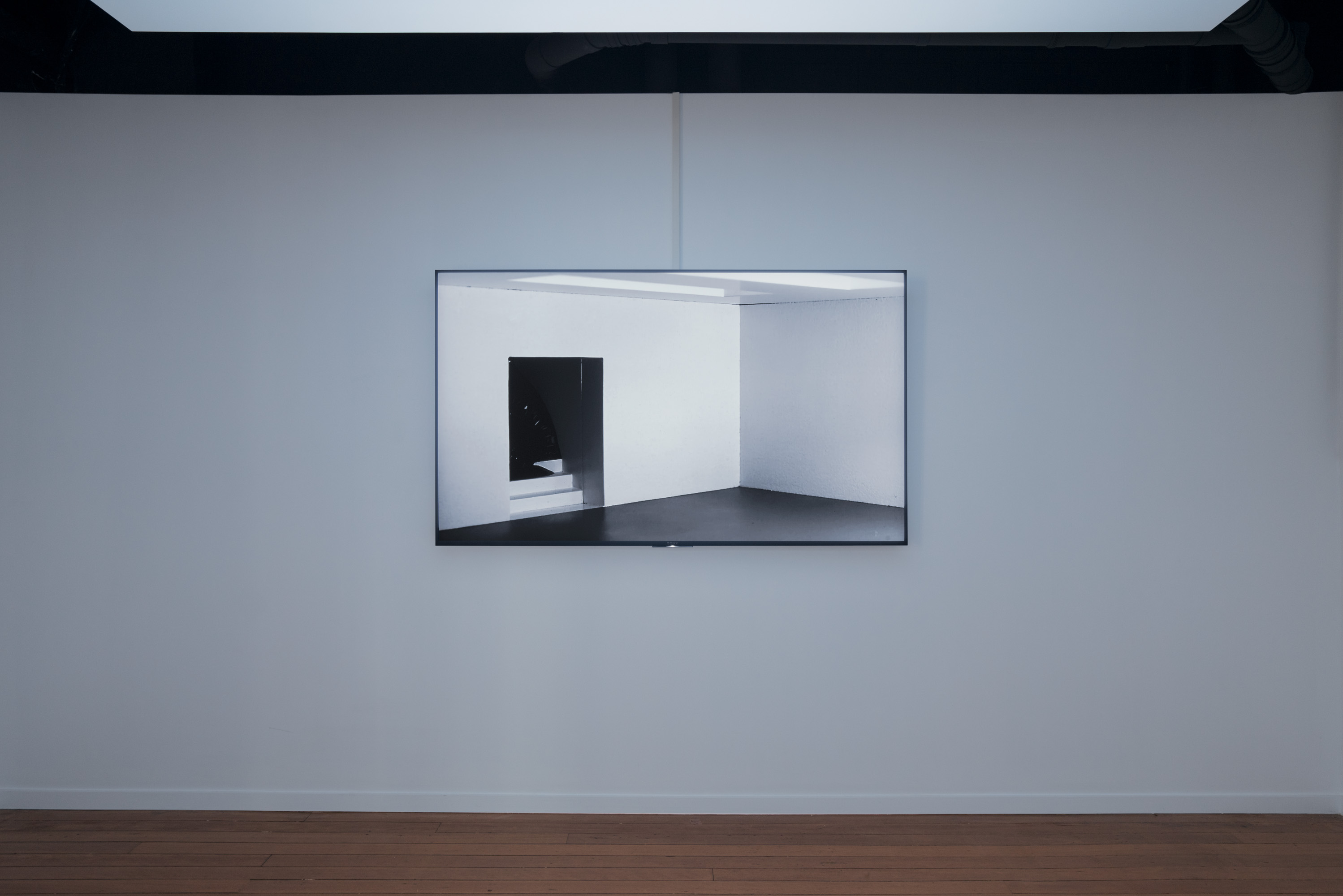